Last week, we featured a post by RASA member Anita Balasubramaniam, in which she dialogues with Sashikala Ananth, a renowned architect and expert on Vaastu Shastra. Sashi is the author of The Penguin Guide to Vaastu, and has been instrumental in bringing the ancient Indian tradition to an entire generation of architects and designers. Following is a reprint of a speech that she gave many years ago at a convention, the theme of which remains quite relevant today.

What is Vaastu? Is it relevant to modern living?

This is an oft repeated question.  The answers are many.  When I began my journey into the rediscovery of our traditional roots over 30 years ago, the thought that used to recur in my mind was: why does something that is vibrant and alive need to be rediscovered at all? Shouldn’t it only be a process of reinterpretation?

Today I see that this was a redundant question.  When a culture and a civilization are ravaged by the beliefs and assumptions of one or more alien races, then the path of rediscovery is an unavoidable one.  The nature of the traditional way of life would be either distorted or destroyed. 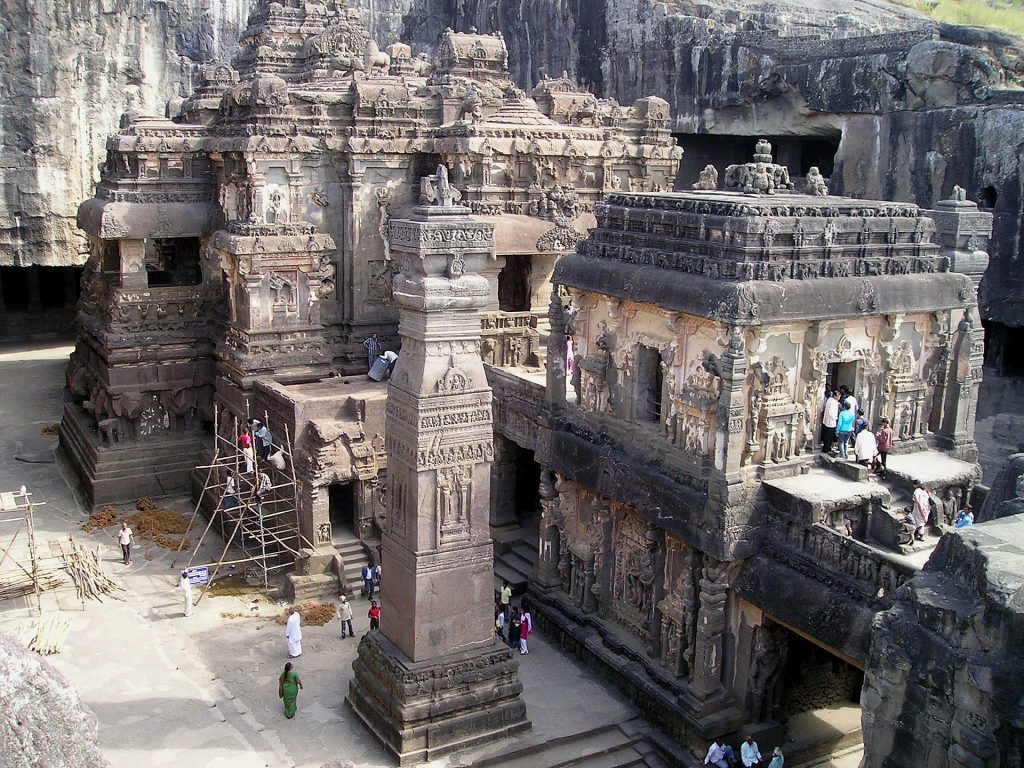 There has been, in the past, a great deal of resistance and deep feelings of distrust from the trained designers in the ‘modern institutes’ toward the assumptions and symbolism of the traditional paradigm.  It is almost as if they feel threatened that their hegemony would be displaced.  Are their fears valid? Is the basis of the Vaastu Shastras questionable in its present day application? Is it a meaningless mumbo jumbo in the ‘scientific’ climate of today?

The time frame of the university trained architect and his/ her impact on the built environment is less than 100 years.  The role of the designer and builder in the social system was fulfilled most satisfactorily by the traditional Shilpi for several thousand years.  The textual knowledge, their understanding of climatology and building material was most appropriate and the development of a culturally relevant built environment in the hands of the traditional builder continues to fascinate us with its great aesthetic sense and its ambience of graciousness and spiritual harmony.

Why then are we as an intelligent society turning away from all this and engaging in a controversy at all?  Isn’t it clear that the learning and the wisdom of several thousand years is an essential part of the scientific quest as well as spiritual one?  Why is it even necessary to convince ourselves of the importance of understanding and integrating the knowledge of the Vaastu Shilpa Shastras in the ongoing building activity of villages, towns and cities?

As far as I am concerned, the study of the texts and the building up of a data bank of architectural style and the building techniques is an absolutely critical activity today. Many interested theoreticians and designers from all over the world have been involved in this process along with some designers in this country.

It is my hope that we succeed in creating a comprehensive data bank of building material, styles, design processes, philosophies of design, connection between life-style and built environment and the symbolism of inner and outer reality. Whether Indian architects want to be part of this search and this documentation or not,  it is going to be done with the input of global enthusiasts, for the writing on the wall is very clear.  If we don’t do this, a great traditional wisdom can easily be lost. 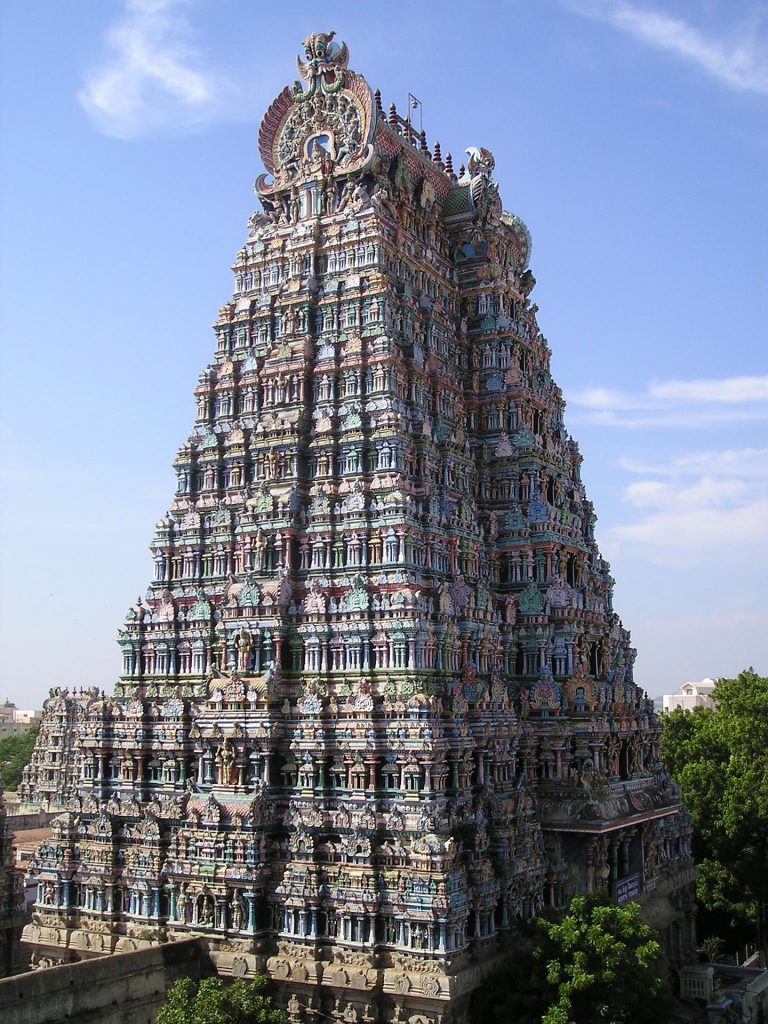 Consecration of the Sacred within the Scientific

In each of the contexts the designer brings in a knowledge of building material, an effective application of local skills and talents, adaptation of craft and art in various contexts, expression of accepted symbolism and theological interpretation of the divine quest of human beings, and finally the crucial aspects of climatic and cultural appropriateness.

In a present day situation when buildings either look like alien warheads or end up reducing energy levels of individuals and human collectives, such a rigorous grounding in ‘all that is human and divine’ should be viewed with great respect.  In a recent interaction with some Feng Shui experts, I was asked this question ‘Why do Indians let go of all their traditions without adequate study?’ I was forced to accept this about us – that we do not respect our own past without assurances and encouragement from our colonial masters.  Perhaps this is a necessary residue of being a conquered people, or a lacuna in our own psychical makeup.

In the Indian traditions of building (be it the residential, secular or religious building), the inner seeking of the individual (or the entire people) is seen as the source of all manifestation.  The power and imagination of the unconscious or as it is called in this subcontinent, the ‘Atman’  becomes the fundamental energy for all outer phenomena making,  Swami Vivekananda’s  vision of the power of praana being the change agent for a sane and healthy society is connected ver positively with the creative impulses defined in the Vaastu Shastras.

To understand the cosmology and to interpret it in visible terms so that the human being may constantly be connected to his/her environment in a mutually beneficial manner is the way of the ancient societies.  We call them ‘primitive’ sometimes, not as a sign of derogation but to express the primacy of the relationship between individual, collective environment and the cosmic energies.  To fulfill some of these ancient dreams and to take them along new paths is the challenge some of us have accepted and as a result we hope that the genius of the traditional mind may be channeled into newer creative paths.

Vaastu is the outer expression of a deeply meditative mind.  In the act of creating from stillness, the built form and the occupant become synergised.  The ultimate aim of human creation becomes possible in the simplest tasks and in the expression of the ordinary when the individual creativity, a deep love for life, and the desire to offer a manifested form are in a synchronous balance. 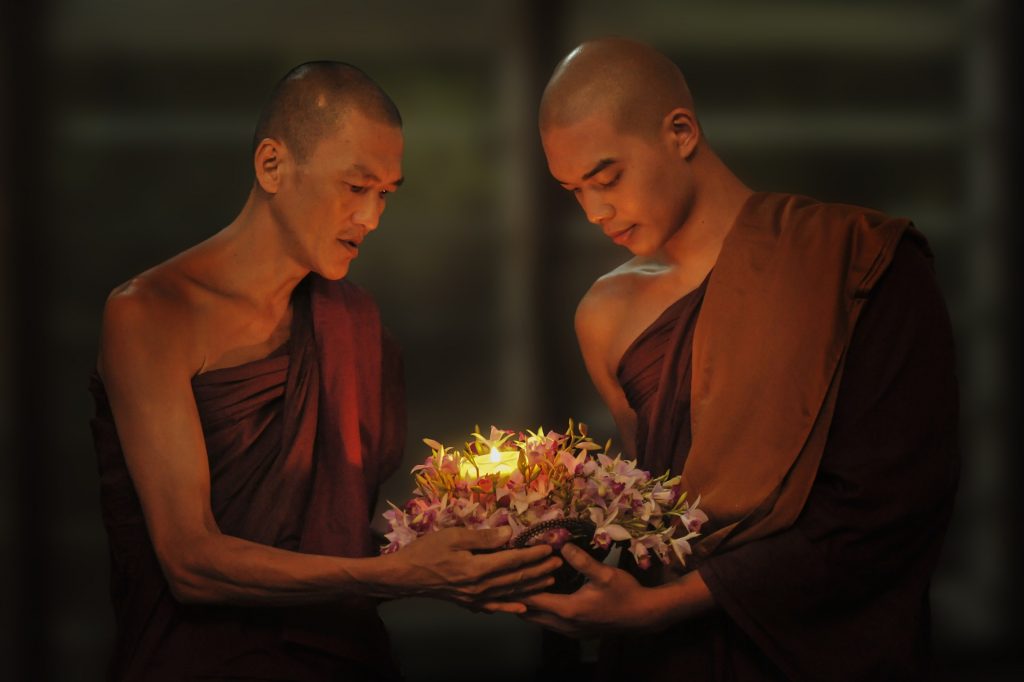 One of the popular models of an artist and the designer that is held in society today is that of the misunderstood genius sitting in lonely splendour and creating great designs for a faceless people.  But the traditional model is quite different.

Here we have teams of people involved in different stages of design who are collectively responsible for the final form whether it is the great temples of Tanjavur or Madurai, the painting of the Ajantha caves or the Thangkas of Tibetan monasteries.  The quality of the material, the preparation, the finish, the perfection of chisel work, the interdependence of activity, the dedication to perfection and excellence, the choosing of right time to build and to occupy the preservation of natural habitats….. all are group or collective activities.

Many years ago, I watched with awe the restoration activities being carried out in the Potala Palace in Lhasa.  Hundreds of men and women were consolidating the broken flooring in many of the halls which were 1300 years old.  To give the same quality of finish which would last yet another 1000 or so years they were using the same mixture, and following the same procedure.

For this, the work force had wooden tools with which they compacted one area of a room for over one week, working the usual eight to ten hours a day.  Each one of them was joyously doing the task, singing and rhythmically wielding  the implement.  Such abandonment in the task as a team effort is very much part of the Indian tradition.  It is not exploitative or undignifying when the entire team is involved in creating a thing of beauty.

Chettinad plaster and Katusarkarai mortar for images (the main deity in Palani is made of this) require over three months for preparation.  When followed correctly, the resulting texture is not only exquisite but is also capable of lasting for over a hundred years.  Can we even promise one tenth of this life span when we build with modern material?  Then is it that we call this modernity and the other a dead or decadent practice?

I think the time has come for society to take the responsibility of keeping alive some integral aspects of our tradition without allowing vested interests from hijacking it in the name of progress.  Whatever may be the shift in social concerns, the fundamental commitment to excellence in action and meaningful connection with primary experiences will always form the basis for human collectives. Giving this up in our mindless chase for materialism would be the greatest tragedy of our times.