Sashikala Ananth and Anita Balasubramaniam anchor a program called Temple Tales; a unique Ritambhara offering that exposes participants to the history and social relevance of temples in our contemporary world. They weave stories about the history of the buildings and the science of temple architecture into the tangible physical experience of the modern day visitor, and help participants gain a new perspective on these edifices that hold such power in the Indian psyche.

The following is a conversation between Sashi and Anita, where they share their experiences and thoughts about the work so far. 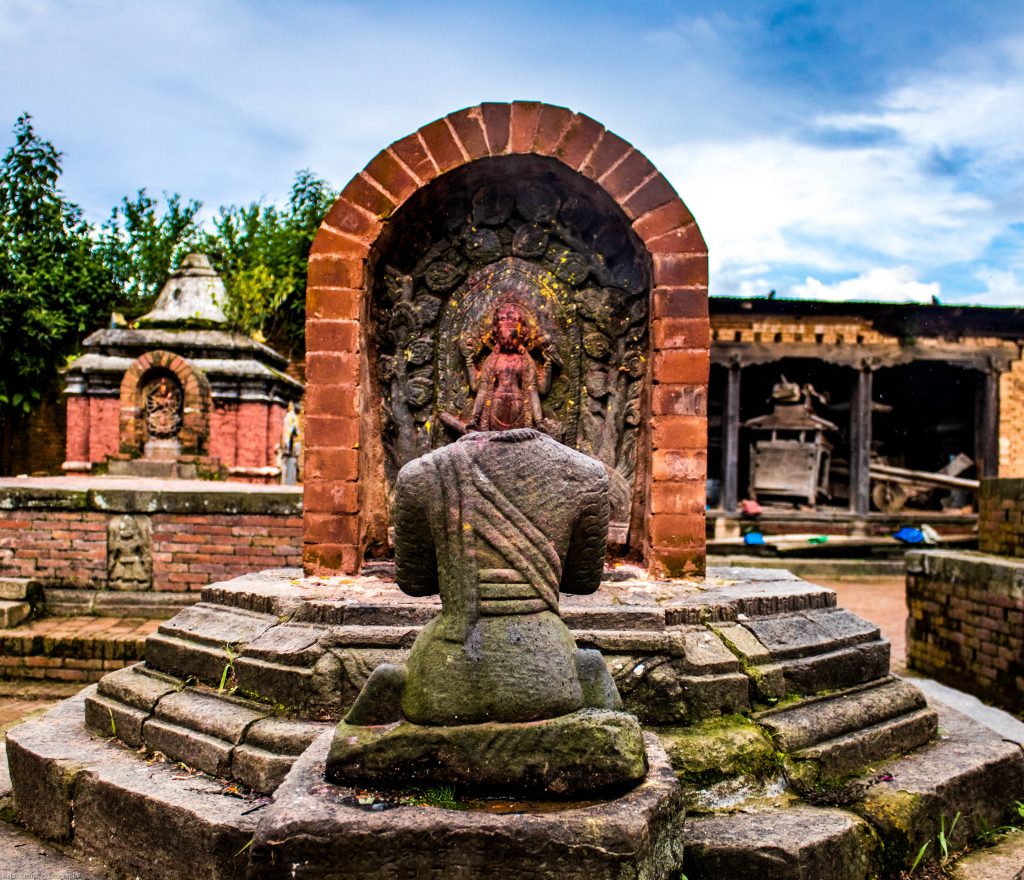 Anita: Sashi, we have now done two temple visits and it has been quite a journey this year. From the time we thought up of the idea and you created a framework for this offering, we have now visited 4 temples in the Coimbatore region, each having its own unique flavor. And at the end of the last Temple Tales program I felt very touched, as I saw how the temple space really offers possibilities for everyone to experience and enter where they are. Inclusion is the word that stayed with me at the end of it.

Sashi: Yes, indeed. Both times we seem to have gone to 2 very different spaces, with such variations in the experience and in the aesthetics. This time it was the Avinashilingeshwara and Tirumuruganathan temples and the last time the Perur temple and the Koniamman temple. There is the rich grammar in one and the simple village ambience in the other. Amazing to feel all this contained within a space – centuries after its inception. In awe of our land. Faith, Continuity, belonging, and inclusion is a theme that is very strong in the temple space.

Anita: So true. The notion of faith and how that (can) transforms is inherent in what the wife of the pujari from the Tirumurugan Swamy temple shared as I was chatting with her. She said that there are rooms available for rent at the temple for people to come and stay. Usually people make a sankalpa to live there for 48 days to resolve whatever their problem maybe (mental ailments, wealth, court case etc.). She said during those 48 days, people bathe with water from the temple wells, participate in all the temple rituals, cook and eat simple meals there and so on. And that in most cases there has been a samAdhAnam, a resolution.

It is not very difficult to imagine that living like that for 48 days (one mandala) would bring about a deep shift in the state of the mind. In today’s world this kind of faith, and adherence is hard to conjure up in anyone who has gone through the “educational system.” I also speak for myself, as I struggle to keep up with a sankalpa, but whenever I have been able to, there has been a quietening and shift from within and one is able to find answers for one’s problems from within.

Sashi: This is a very important point that you bring up regarding the educated elite (those who I call twice privileged – materially and intellectually), people who have been through an educational system that disconnects us, separates us from our roots. As intellectuals and educated people often when there is an evocation about a certain context, and often the evocation and the context is separated, and one loses one’s location and belonging. We take ourselves out of the context from which we have come from, look at it from a location that is not firmly grounded in this context. And often we speak from that dis-embodied location, and then take on the role of a savior, reformer, critic etc. However, when this evocation is ploughed back into the same context from where it emerges and that one belongs to, one works with it and then the continuity with the ancestral energy, faith and offering is maintained. This is clearly seen in the faith, resilience and sweetness of the people visiting these old and smaller rustic temples.

Anita: I never thought of it like that, but that seems like where I used to be earlier – on the outside, the periphery. There is a lot of work that one has to do to claim the parts of ourselves that have been disowned or held in shame. For example, while I feel more connected to the temple space as one of many possibilities, I am unable to wrap my mind around the extensive use of resources, especially for abhishegam, decorations, individual prayers etc. My mind says it may have been okay at a time when resources were abundant, mostly materials used were composted, not full of pesticides etc. How can today’s temple show a way for the ecological crisis that we are in?

Sashi: I personally would prefer to stay with the process of learning from this context of the temples as they are for a while before bringing in my rational educated mind to solve some paradoxes and problems. That’s something I learnt from my time with Sthapati. Very quick responses that are usually knee jerk problem solving layers of our urban minds usually takes away from the subtle nuances of another rhythm and another way.  There is healing in this narrative, in built with the fervour faith and celebration. I sense it, though I cannot put words to explain it. I would like to keep in mind the movement of a river, invariably these temples, like the settlement itself, were on the banks of rivers. Slow moving, changing seasonally and yet constant is the feeling I get. I would like to hold this metaphor in my mind.

Anita: That helps to bring me back to seeing where I am located – inside or outside the context. I recall now, that the Padmanabhaswamy temple in Adyar had embarked on a process of collecting the flowers and all the abhishegam material and composting it. The possibilities exist, it seems that one has to keep coming back to the location that one is taking – is it inside the context or from outside the context. And if it is from inside then it seems one can relate and engage with these spaces with a certain newness, depth and continuity. I have been especially amazed at how the whole annadanam process works in these temples and how much food one has received during these visits as prasadam.

Sashi: Yes, I have been thinking of how to contribute to the continuity of the temple space and energy and perhaps making a donation for annadanam to one of the temples, from the contributions we receive for the program is one way to do so. We can mention this very clearly in our temple tales brochure/program description and at the end of the program as well and invite people to contribute more in addition to the nominal contribution that we ask of them.

Anita: Great idea, I love how this program is evolving and unfolding on its own and has an energy of its own.

If you would like to experience a Temple Tale for yourself, click here to read more about the program, and email us at ashram@ritambhara.org for details on the next visit.