As I sit at my desk trying to write, my attention is caught by a rustling peepal tree . In the blazing hot afternoon, amongst all the exhausted trees I can see a peepal tree glistening and dancing to its own song. Maybe that’s why Lord Krishna in the Bhagavad Gita said:

Amongst trees I am the peepal tree

Of the celestial sages –  I am narada

Amongst the Gandharva – I am Chitraratha

And of all those who are perfected – Kapila muni 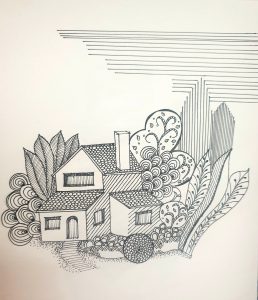 s an ancient phenomenon in India and they feature in our myths, epics, rituals, worship and daily life. Tree worship was a result of man’s natural reverence for a creation of nature that provided him food, shelter, timber and much more. By conferring sanctity on trees, the ancient people indicated their appreciation of their socio-economic-medicinal role. Trees were more than ordinary creations and represented life itself.  Most temples , towns, villages and sometimes even Sikh temples and muslim Dargahs are associated with trees. Some trees are sacred to the individual deity, while others are sacred to the place. There are many places that are named after sacred plants like Vrindavan (forest of the Vrinda –tulasi plant), Kanchipuram (town of the Kanchi – river portia tree).

Trees are found in cave paintings, the terracotta seals in the Indus civilization and even the  Aryans of the early vedic period were found to be the worshippers of nature. According to the Ramayana, there were several types of sacred trees like tulasi, peepal, banyan and Indian gooseberry.

The Mahabharata says that holy trees should not be injured as they are the abodes of Devas, Yakshas, Rakshasas and so on. The Rigveda says that the plants are “those that grew in the old times…much earlier than even the shining ones (devas)… and are different from many different places… plants were a source of energy, with healing powers, and personified the divine.”

It is mentioned in the Ramayana that when Ravana abducted Seeta, Rama laments for Seeta’s separation. He starts searching for her and goes on asking every plant, tree and animal, in a kind of frenzied attitude. Over here the forest shows a great deal of empathy as the feverish Rama searches for Seeta. Rama enquires while hugging every tree and plant from Kadamba, Bilva, Ashoka and Karnikara for his beloved Seeta. He, in a state of distress, turns towards trees for support.Our ancestors had knowledge regarding the healing energies of the trees. The earliest temples were simply  images placed under trees. Later, the tree and the image were enclosed by a fence made of wood, followed later by stone. The temple building itself was a much later construction.

In vAstu shastra, climatology, that is the direction of the sun, wind and rain play an important role. vAstu advises us on how to create an environment in which we feel comfortable and supported. Below are some collected information, guiding towards the tree plantation as per the mention in various texts: 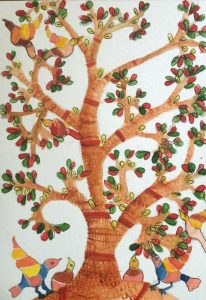 What to do if certain trees are planted in a non-preferable direction?
The advisable option is to plant other direction- preferred  trees near those trees. 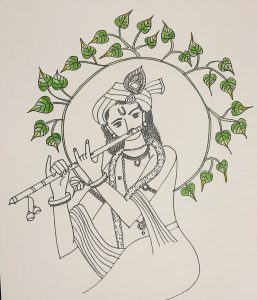 Endowed with Earth and universal life force energy, trees are the most spiritually advanced living beings on Earth. Trees areconstantly in a meditative state. Besides converting carbon dioxide into oxygen, trees absorb negative energy. They help open your energy channel. This is the reason why sitting under a tree or living in the presence of trees feels so good. It’s the energy inside the tree that vibrates and the healing begins to make you feel peaceful, safe, secure and stable.

“If we surrender to earth’s intelligence we could rise up rooted, like trees”
– Rainer Maria Rilke