Exploring the Sapta Swaras as a Family 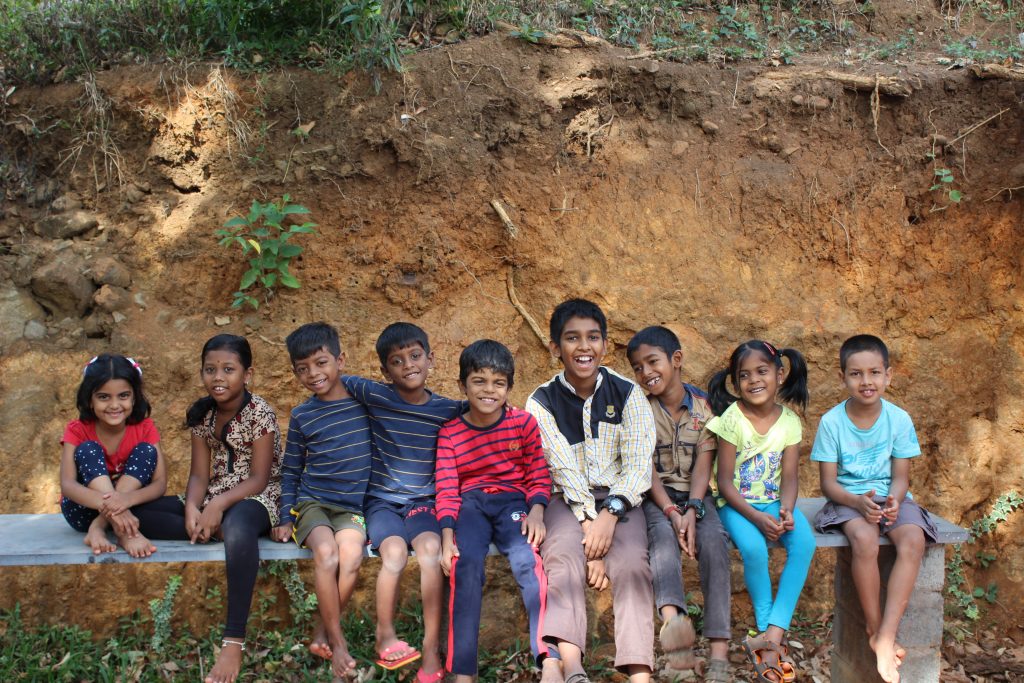 During the first week of May, Ritambhara Ashram hosted a Family Saptaswara– an experiment of sorts where the Saptaswara framework was improvised in two ways:

a) for the context of parenthood/family and

The program included some sessions/activities in parallel for parents and children and some together. 17 adults and 11 children in the age group of 7 – 11 years actively participated. There were also 3 just-out-of-toddler stage kids, moving in and out, lending delight like the cashew toppings on a bowl of the sweetest jaggery pongal! (One of the parents took charge of being with these younger kids).

This post highlights some of the experiences and learning that emerged from this program. The sessions for children included games, story-telling sessions, nature walks, a treasure hunt, songs, dance, arts and crafts, asana-pranayama sessions, chanting and so on. 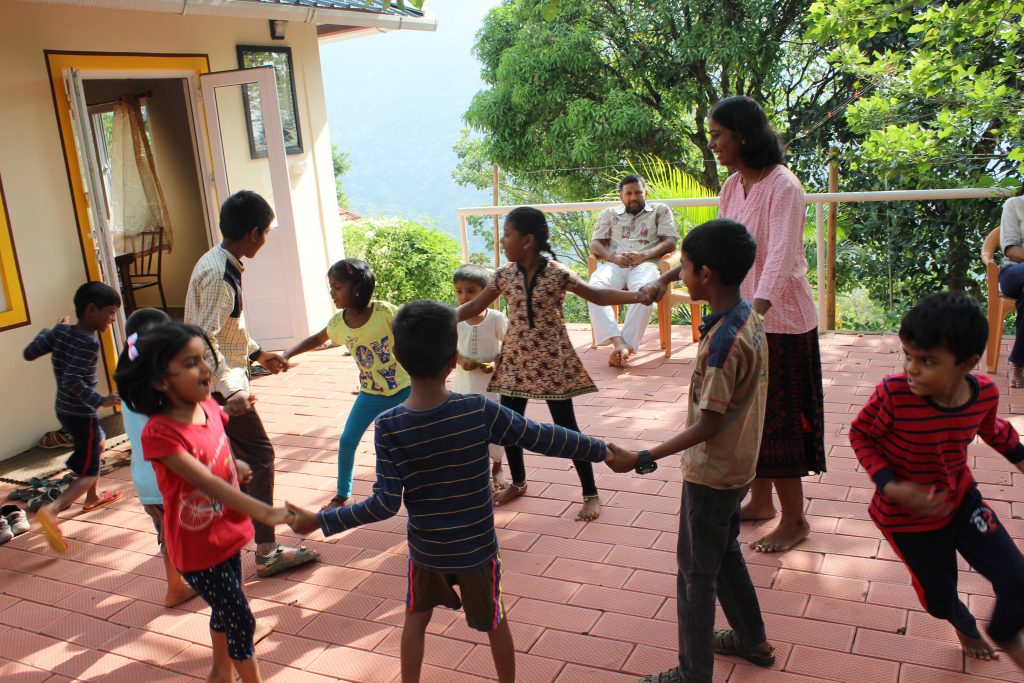 While on the surface, these activities seem like the fun-filled conventional activities that children usually do, what made all the difference is the reflectivity, self-enquiry and learning that the Ritambhara processes bring into every moment lived.

Born out of an immersion into the praxis of Yoga and an Indic ground, the Saptaswara framework brings alive every activity, tool, method, exercise, task with an exploration into the svara(s) of life

Learning From Our Children

Some reflections and insights that arose during that discussion were as follows: 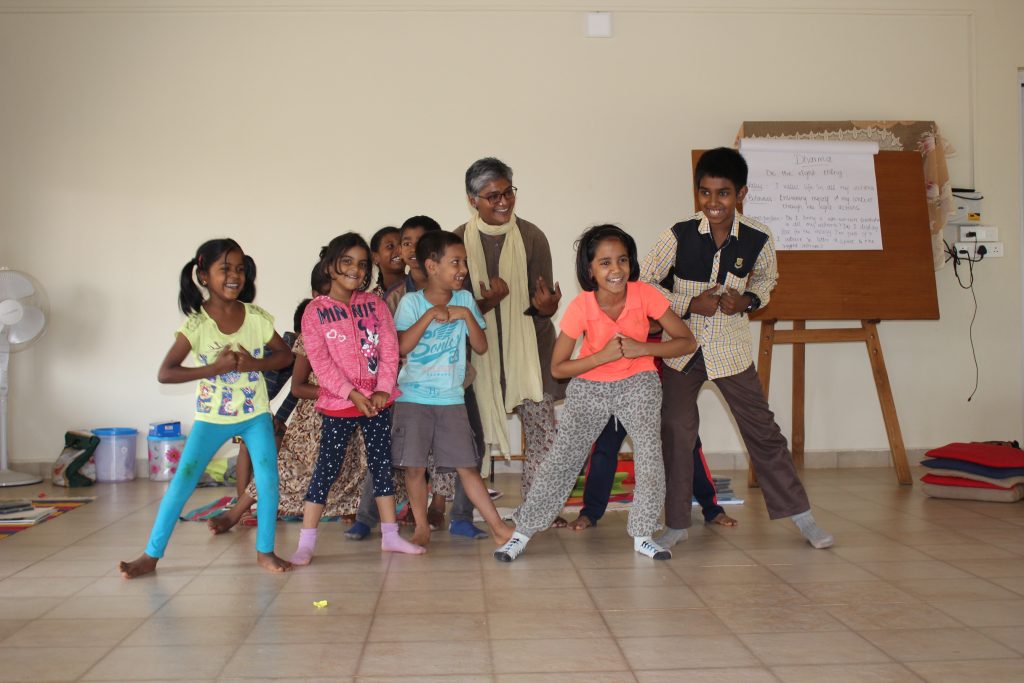 Here are two stories to give a flavour of the sessions I facilitated with the children.

During the session on maitri, I told them Krishna and Sudama’s story after a game. We then sat around and each one shared a story about one of their friends, and why he/she liked that friend and so on.

Their conversation gradually boiled down to just one question – whether we love a friend for who he / she truly is, or because they do something for us. They proceeded to answer their own question, saying “Both!”

One of them piped up saying, “Oh, I already have a friend like that. She keeps telling me all the things I don’t do right, but she is still my friend, what to do.” The rest of them nodded sagely to this.

I was awestruck by the friendliness that existed during this entire conversation despite many differences. 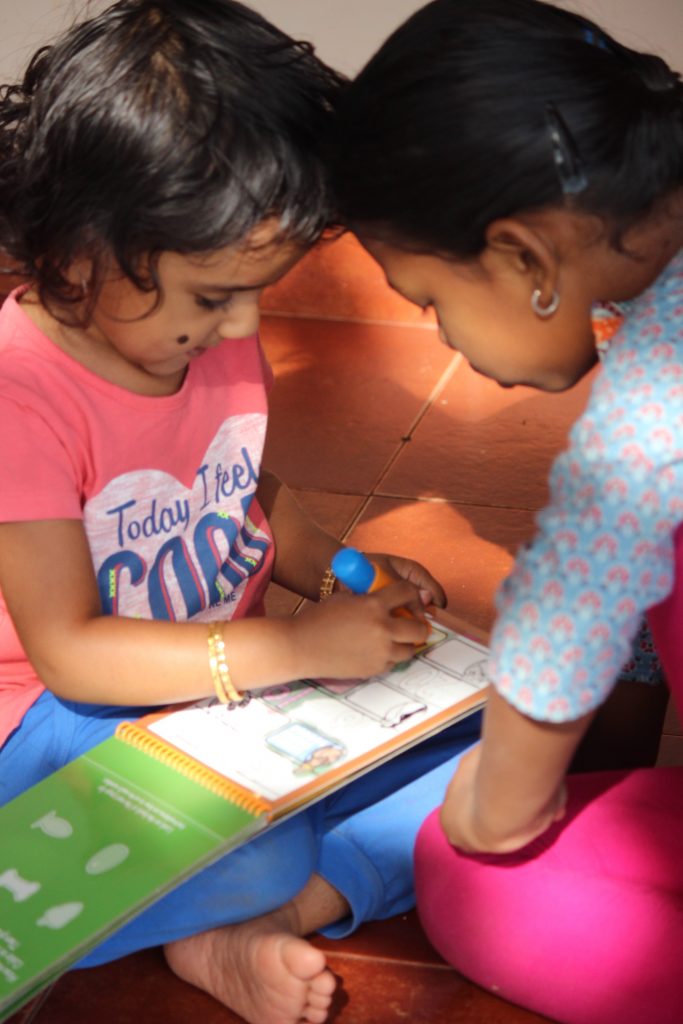 During the Dharma session, we went for a walk outdoors. Each collected their own stock of articles of Nature (twigs, seeds, dried leaves, stones…), to make a Mandala. When I told them that each of us will take our turns and add to the mandala one at a time, they decided unanimously that the sequencing will be from the oldest to youngest, and that as the oldest I had to place the first object.

After the first round of this sequence, the process of creating the mandala just took over. Everyone started placing objects and filling the gaps by themselves. The individual collections of materials mixed up to become one pile of collective resources that everyone picked from. Gradually, 4 of the kids owned up to how it was shaping. Others went in and out at different points according to interest and inclination. Some others got into support tasks like sorting and categorising the materials. 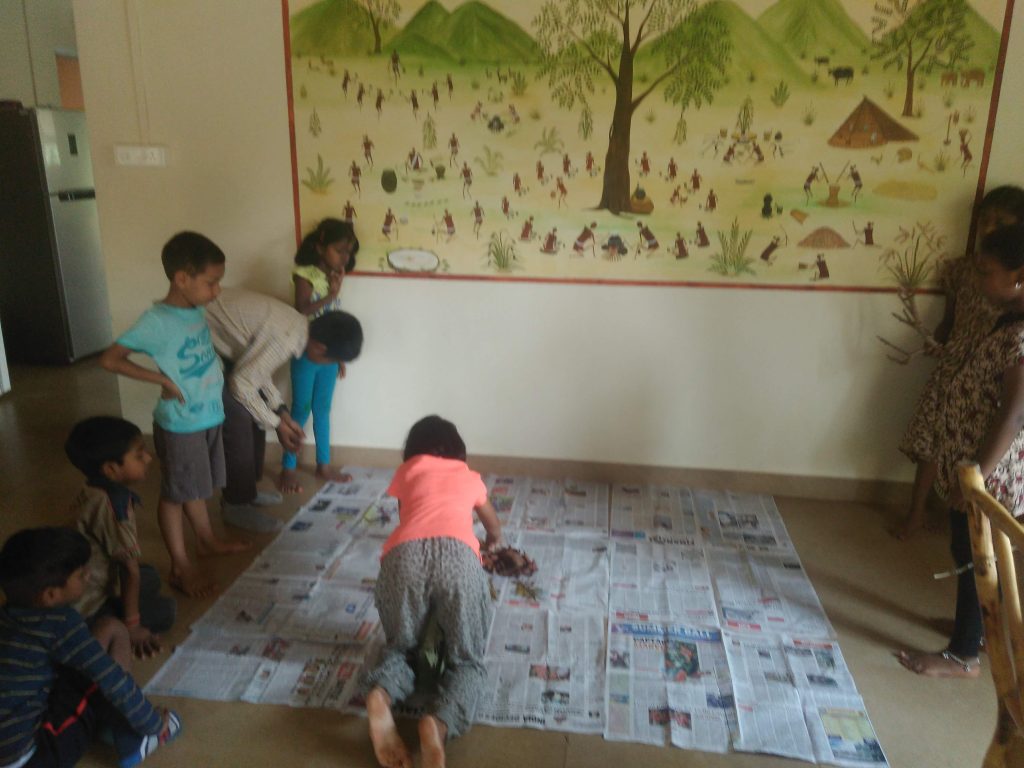 I just took part in all of it, and was also given the job of sweeping the space around the mandala so that it could be neat. It was like watching an orchestra – not one child hit or stepped onto another, they just glided around each other! The outcome looked fabulous and the parents were awestruck.

However, what I think is important is that none of us had been bothered about the outcome of how it would look and that we have to exhibit it to the parents, while we were at it. To invite the parents to come and see it happened as a natural extension and consequence of completing the mandala. I believe that we experienced a truly dhArmic process.

Remembering Ourselves as Nature’s Children

Additionally here are specific points that have stayed with me, which I believe must be brought into our consciousness and examination of our relationship with the world around us. 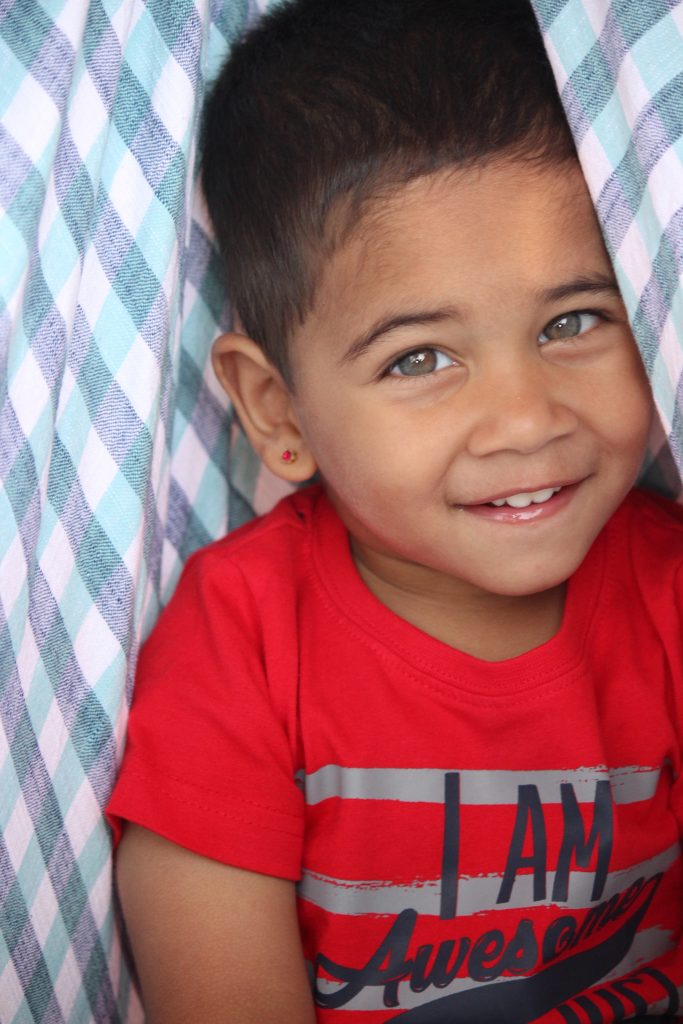 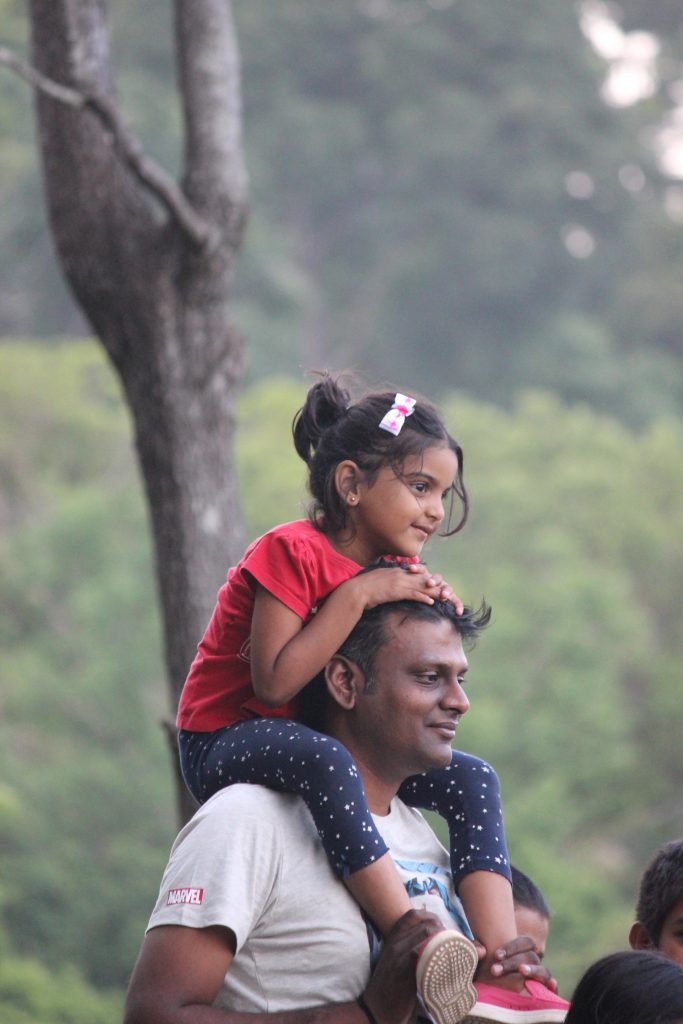 The whole program with parents and children was flowing free without obstruction, giving life, because we were all encountering each other in meaningful, primal ways, held by the dhArmic force of Nature, and blessed by the Ancients through Yoga, vAstu, music, and many stories from the itihasa-puranas and our own lives.